A Deep Submergence Vehicle (DSV) is a crewed submarine used to travel to the deepest depths of an ocean. 80% of Earth’s ocean is currently unmapped. You and your crew are going to change that.

By AA Voigt. Follow me on Twitter @aaronsxl. Play more of my games at aaronsxl.itch.io/.  DSV is built on the Caltrop Core by @titanomachyrpg. Play more of their games at titanomachyRPG.itch.io.

Deep Submergence Vehicle is an efficient yet wondrously open-ended game. It highlights the powerful simplicity of the Caltrop Core system while adding some clever mechanics of its own.

This is a GM-less RPG, with players taking turns to tell the story of their submarine on its mission of exploration and discovery. This is done by answering questions provided by the game, and this is where the game shines. The players can choose which questions to answer, and the questions themselves offer enough prompt to inspire creativity but are not so leading as to be constricting.

As players narrate their journey, they'll also be spending tokens to roll dice for things like making discoveries, making difficult maneuvers in their DSV, and resolving dangerous situations. While rolling leads to a safer and more rewarding adventure, it also pushes players closer to the Disaster, a climactic finale to the mission from which the exploration team may not escape alive. The Disaster mechanic smartly provides a finite end to game while also guaranteeing an exciting conclusion.

DSV is easy to get into, explores an uncommon setting for RPGs, gives players inspiration and freedom to tell their own story, and is mechanically built to not overstay its welcome. Definitely give it a shot!

Thanks so much Nick!! 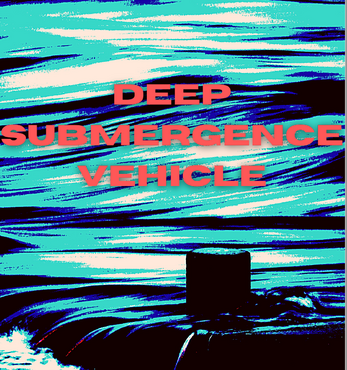